PROS AND CONS OF PYTHON

In this article, we are going to learn about the pros and cons of python in detail by discussing each aspect in detail and their reasons of why

Python is considered by the Python Software Foundation as being an all-rounder of programming languages. It’s valuable and has a great scope of building data science tools and applications, including Web improvement, logical flow of code, and extensive training free of cost modules.

But this tutorial is for all the starters out there who are keen to learn python and maybe take it as their career as well in the longer run; and therefore it is important to have a thorough understanding of where python can be efficient for us and where it can be a bit stretching as well. So, in this tutorial we will learn about the Pros and Cons of python programming language that will help you understand Python in a better way.

Let’s find out why Python is awesome: 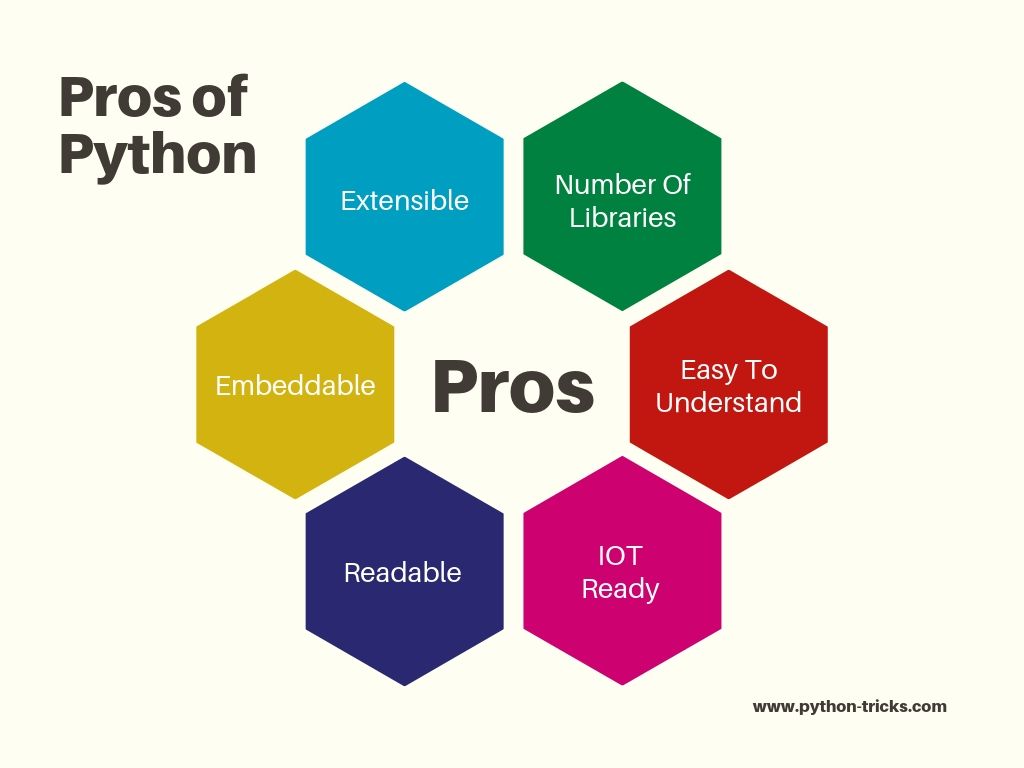 When you code in python, you are not limited to the python programming language only, in fact, you can work with C++, C inside python. So, there are no limitations there.

Python’s standard library is very extensive, offering a wide range of facilities as indicated by the long table of contents listed below. The library contains built-in modules (written in C) that provide access to system functionality such as file I/O that would otherwise be inaccessible to Python programmers, as well as modules written in Python that provide standardized solutions for many problems that occur in everyday programming.

When working with Java, you may have to create a class to print ‘Hello World’. But in Python, just a print statement will do. It is also quite easy to learn, understand, and code. This is why when people pick up Python, they have a hard time adjusting to other more verbose languages like Java.

Python is an IOT ready language with a great future in interaction with the real world situations and objects.

Reading Python is much like reading English. This is also why it is so easy to learn, understand, and code.

You can put your Python code in your source code of a different language, like C++. This lets us add scripting capabilities to our code in the other language.

So far, we’ve seen why Python is a great choice for learning as a programming language. But if you must choose it, you should be aware of its consequences as well: 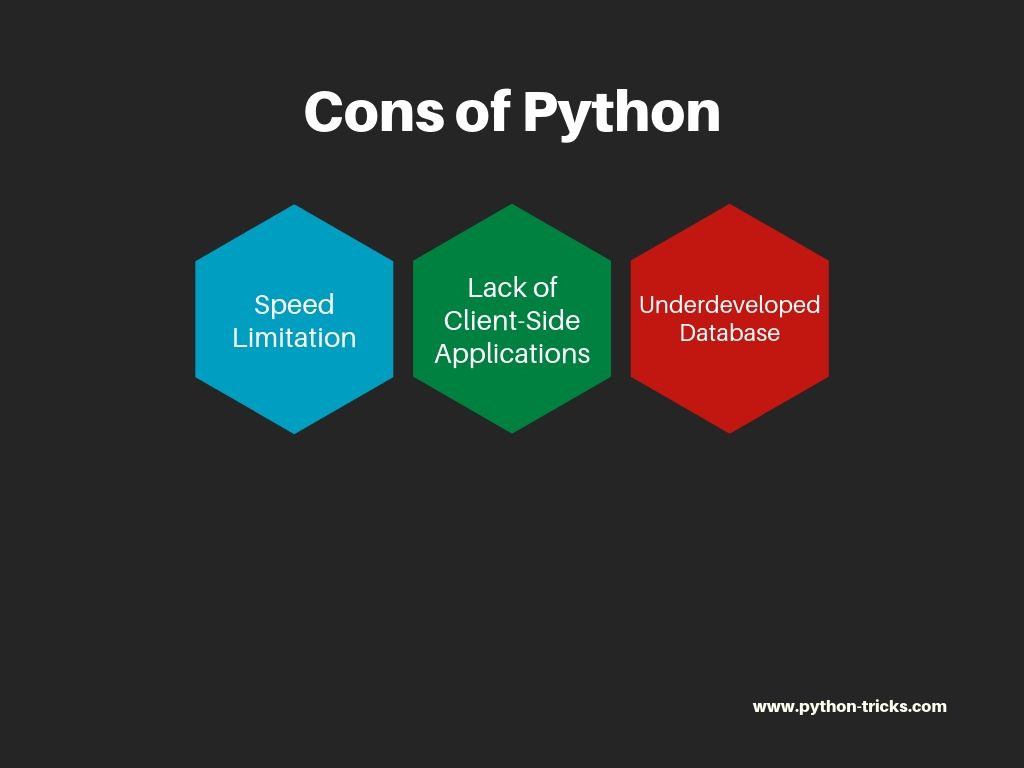 Python code when interpreted, it often results in slow execution sometimes. But unless speed is not a requirement in your project, then you mustn’t be worried about the time taken to execute the code.

Python is much rarely seen on the client-side. Besides that, it is rarely ever used to implement smartphone-based applications.