In this tutorial, we are going to learn about lists in python and how to perform indexing, splitting, updating items in a list, adding elements to the list and iterating through the list.

What are Lists in Python? 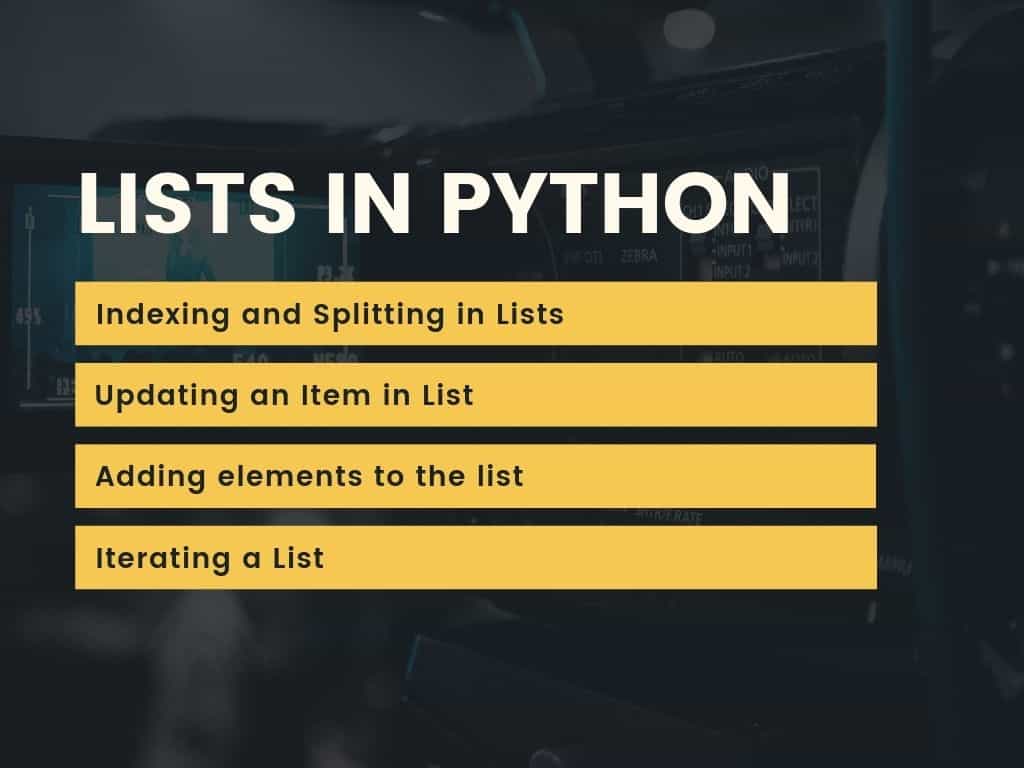 A list may be defined as a collection of different types of values or items. The items in the list are divided by the comma (,) and items are encapsulated inside the square brackets [].

You can define lists as follows:

Indexing and Splitting in Lists 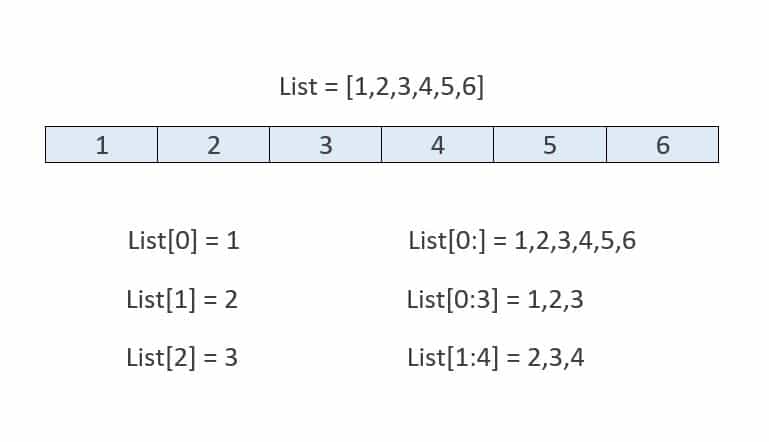 Python gives us the flexibility to use negative indexing as well, unlike other languages. From the right, negative indexes are counted. The list’s last component (most right) has the index-1, its next element is placed in the index-2 (from right to left) and so on until most of the left component is found.

Lists are mutable, meaning that unlike string or tuple, their elements can be changed. To alter an item or a variety of items, we can use assignment operator (=). For Example:

Also, Python provides us with the remove() method or a pop() method if we don’t know which component to remove from the list. The pop() method removes the last element of the list if the index is not provided.