This article is about the introduction to artificial intelligence and it is revolutionising our world with its different aspects and advancements.

Nowadays technology is booming on every day basis and we encounter different types of technologies in our daily routines and tasks as well.

One of the latest technology in the field of computer science is Artificial Intelligence also known as AI which is revolutionary in nature as it involves working with making machines intelligent by applying different algorithms to it so that the machines or systems using AI are able to perform operations that are similar to a human intelligence replica such as speech recognition, decision making, translation of languages and visual perception.

AI is one of the most intriguing and expandable areas of Computer Science which promises a bright future in solving problems that are essential for human efficiency and ease.

Artificial Intelligence contains two words which is ‘Artificial’ means ‘something which isn’t natural or is created by a human’ and ‘Intelligence’ means ‘the ability to think on a genius level’.

So according to the textbook definition of AI in wikipedia:

Leading AI textbooks define the field as the study of “intelligent agents”: any device that perceives its environment and takes actions that maximize its chance of successfully achieving its goals. Colloquially, the term “artificial intelligence” is often used to describe machines (or computers) that mimic “cognitive” functions that humans associate with the human mind, such as “learning” and “problem solving”

In the past, a few programs were created to do tasks which were equivalent to human intelligence but then those programs didn’t have the ability or algorithm to work on their own, that is why AI comes in play and is in power because of its intelligence to work around with algorithms.

Why do we need Artificial Intelligence?

So far we have learned about the introduction to Artificial Intelligence, now before we dive deeper into what AI is and how important it is for the future, it is essential to understand the reasons as to why need it in the first place? Below are the main reasons to learn AI:

Artificial Intelligence can be used to build intelligent systems that can be put to use in different field areas like Linguistics, Biology, Mathematics, Engineering and Computer Science itself. The main aspiration of data scientists or AI beginners would be to develop functions in AI that are related to human intelligence and the aspects of it like reasoning, decision making, learning or solving problems. 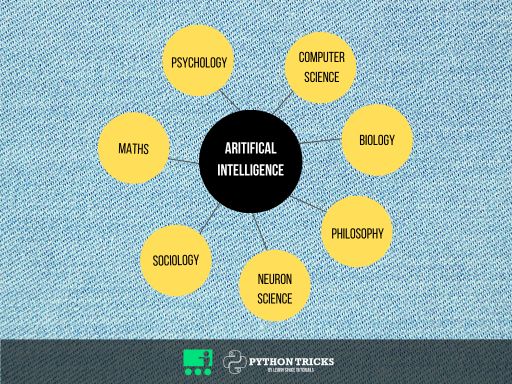 Following are the main important factors of using AI:

AI is full of lucrative options, a few are mentioned here:

With the benefits of AI, comes some disadvantages as well that we must keep in mind during the creation of AI systems. Below are the disadvantages of AI: