Artificial Intelligence can be further classified into three main types which varies from each other in terms of how super active they are in solving problems. The following are the types of artificial intelligence: 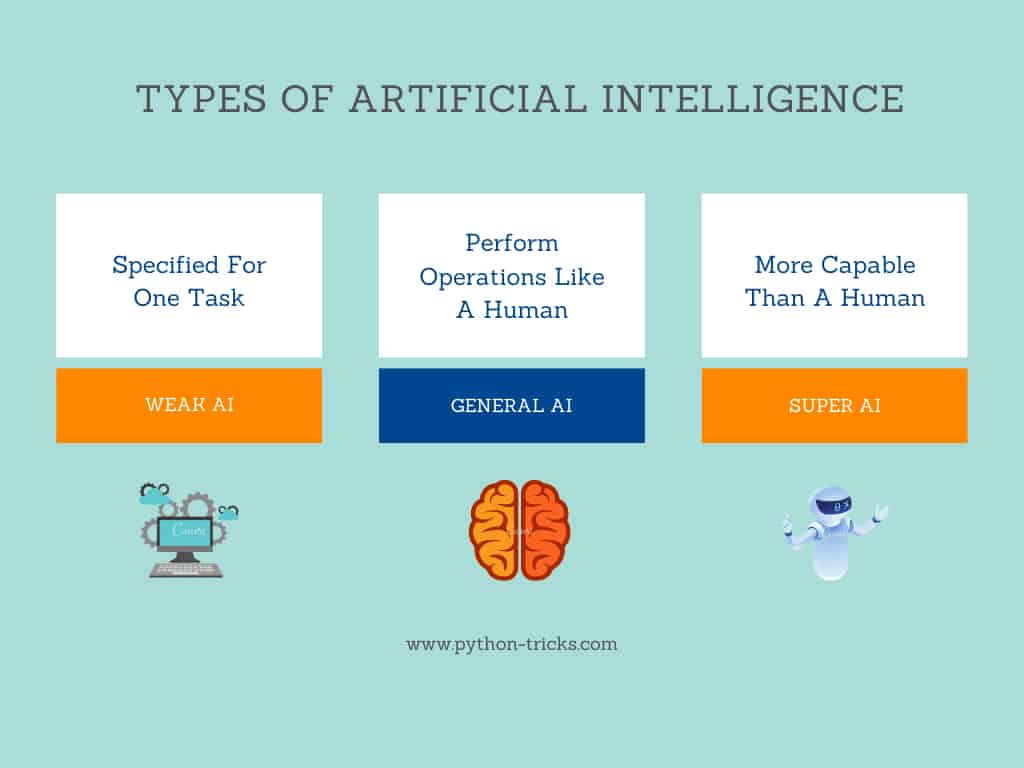 Weak AI works only on a specified task for which it is designed for. If you expect systems with Weak AI to perform operations beyond their limitations, they will fail. In other words, Weak AI is well trained to focus on one job. A good example of Weak AI will be speech-recognition systems like Alexa, Siri and Cortona (Windows).

Mobile phone companies like Xiaomi is another great example to relate with image recognition systems (which is again weak AI) which enhances low light photography.

General AI refers to the type of intelligence that performs tasks like a normal human and works almost near to a human brain. The concept behind introducing General AI is to enable computers to think like a human being on its own. At this point, there isn’t any system that has surpassed human capabilities but it is reasonable to say that there are plenty of General AI systems under research.

Super AI is one step ahead of General Artificial Intelligence that is desired to be superior to a human brain, in other words be better at solving problems than humans and teach humans about decision making, planning and reasoning. As of now, there aren’t any current AI systems that we can relate to Super Artificial Intelligence, however, J.P. Morgan has applied AI and Machine Learning to their documents to achieve “meaningful information and insights from lengthy text sources in order to reduce manual operations and improve workflow”, reducing the human effort from 360,000 hours to just mere seconds.

Other Types of Artificial Intelligence

Reactive machines are the most common types of artificial intelligence. These types of Machines cannot process memories can predict the future rather they are only capable of focusing on the the present cases but it doesn’t mean that they are bad at reacting to provide the best possible solution at current. IBM’s deep blue computer is a great example of a reactive machine since it was used to play chess and make decisions based on the the moves of the other chess player.

Limited memory machines are one step ahead of reactive machines as they have the ability to process past memories and store information as well but the drawback of these type of machines is that the data in them can be stored for a short amount of time.
Google self driving car is a suitable example of a Limited memory machine as it can store information regarding weather, environment, pedestrians and other cars for a limited amount of time defined routes.

Theory of mind in AI focuses on the social values of humans like beliefs, likes and dislikes, human emotions like happiness, anger, frustration sadness etc. These AI machines or not fully developed but at present Sophia the robot is a great example of theory of mind in artificial intelligence.