In this tutorial, we are going to learn about the merge function in pandas and how we can join or merge two dataframes with the commonalities of data using inner, outer, left and right join. 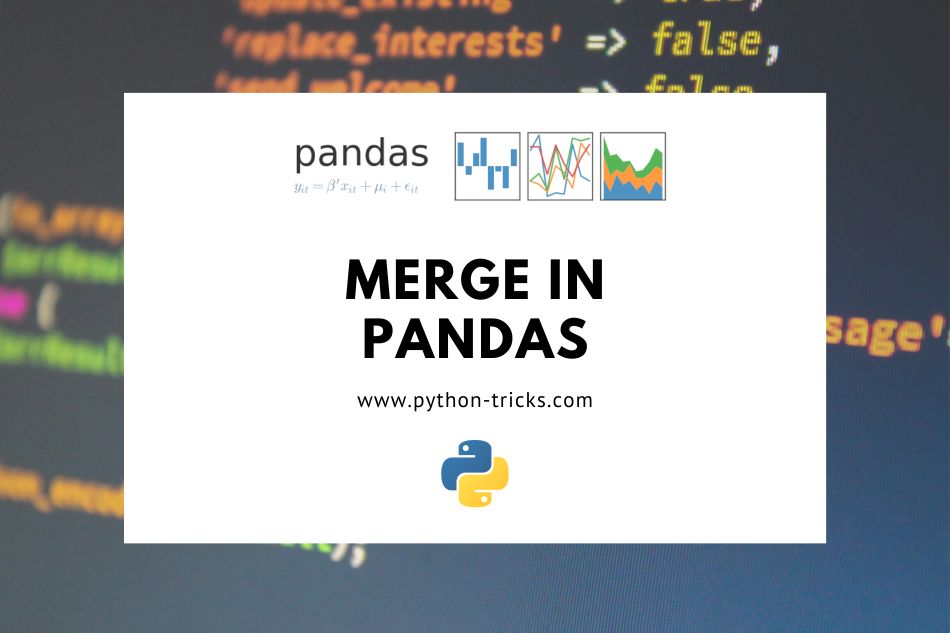 What is Merge in Pandas?

We have been working with 2-D data which is rows and columns in Pandas. In order to go on a higher understanding of what we can do with dataframes that are mostly identical and somehow would join them in order to merge the common values. We use a function called merge() in pandas that takes the commonalities of two dataframes just like we do in SQL. The Syntax for merge in pandas is:

Let’s merge two dataframes which will have common indexes and see different ways to merge their values:

Above you can see that a simple merge has been displayed which displays the common values present in both the data frames, if you want to visually see this, then here is a quick at what exactly happened.

As the name suggests the left join will only display values that are common between two dataframes as well as present fully in the left or first dataframe in our case. 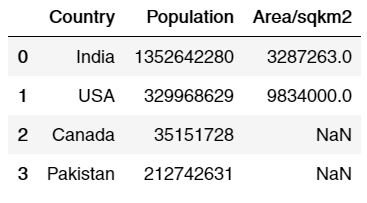 You can see that the values that aren’t present or missing during the merge process have been replaced by NaN term.

The left join will only display values that are common between two dataframes as well as present fully in the right dataframe in our case. 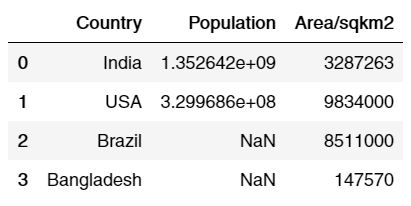 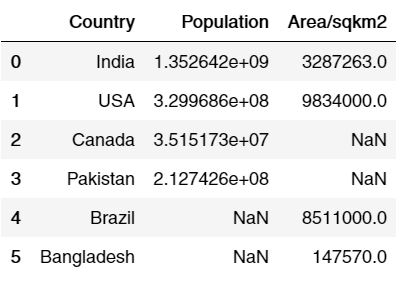