In this tutorial, we will learn about dataframe which is the most used data structure in Pandas, further we will discuss how to create, modify and index our dataframe. 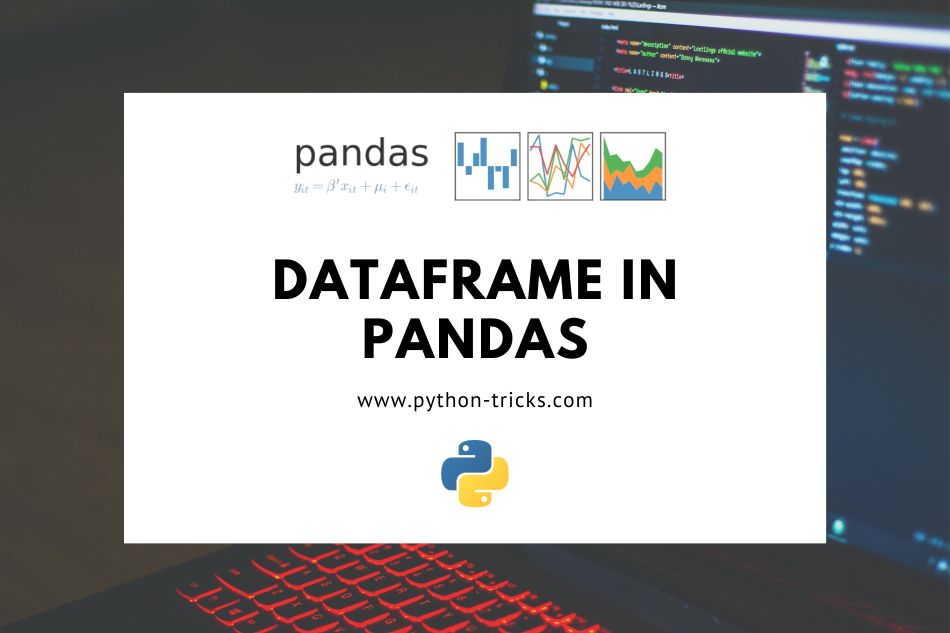 What is Dataframe in Pandas?

Creating a DataFrame in Pandas

Pandas Dataframe can be created via arrays, lists, dictionaries, through external storage like SQL database, CSV files or excel sheets. Hence, there are multiple ways to create a Dataframe. We are going to be looking at a few to understand dataframe in a better way. We always use a DataFrame notation followed by the parentheses which includes the data. The syntax of using a dataframe is:

Dataframes can be created through a list or a set of lists. For example:

You can use the ‘column’ attribute as well in order to add your own column label.

Creating DataFrame in Pandas via Dictionary

DataFrame can be created through a dictionary, where keys are going to act as the column names as you can see in the example below:

Note: Indexing and slicing works in the same way in DataFrame as it worked in a Series.

Like series, indexes are set as integers (starting from 0) by default, however, you can set your own indexes as well by using the index method.

Slicing a dataframe is as simple as slicing a Series or a regular list in python, let’s say that you want to retrieve a few required rows from your dataframe. You can slice the dataframe by passing the index positions of your rows.

You can change the name of your column as well, for example in some cases especially when you use a dictionary then keys by default become your column names in DataFrame. To change that, you can use the column attribute

You can delete rows and columns from your dataframe as well by selecting the name of the row and defining the axis where rows and columns are placed (axis 0 is for rows and axis 1 is for columns). Let’s say we want to remove ‘Jobs’ from our columns so we will use the drop method to do so:

We can use the drop method for rows as well, let’s say we want to eliminate the third row, so we will initiate:

Functions in Pandas: Data Analysis in Pandas
Scroll to top