In this tutorial, we will be looking in depth about indexing in Series. We will achieve that by performing indexing operations on a Series. Furthermore, we will be using loc and iloc methods to know indexing in detail. 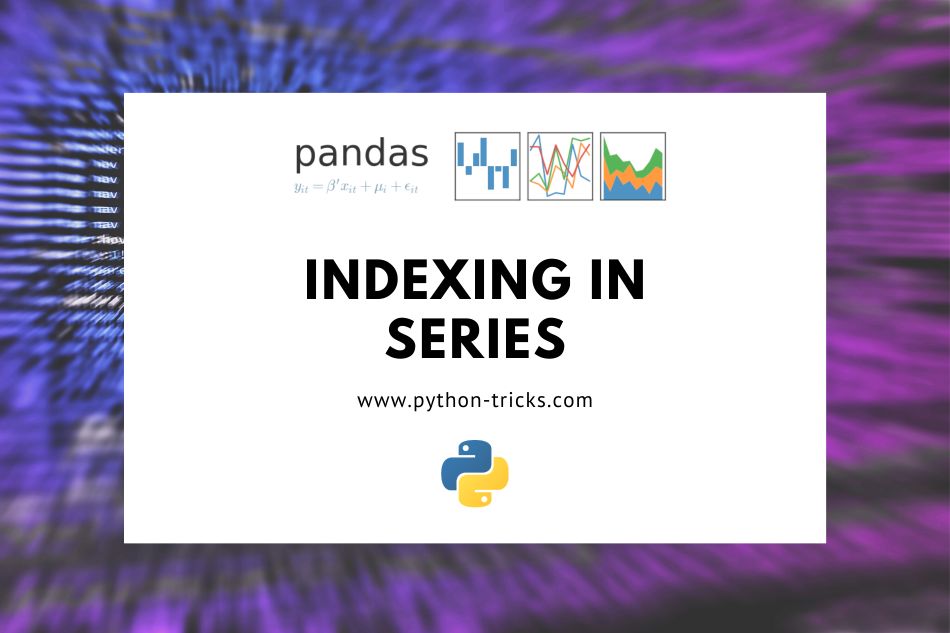 This tutorial will discuss in detail about how to perform indexing of Series. It is important to understand that our index values don’t have to be whole numbers. We can perform indexing on strings as well. For example:

In order to find the index-only values, you can use the index function along with the series name and in return you will get all the index values as well as datatype of the index.

Above, you can see the data type of the index declared as an ‘object’. If the indexes were integers then the datatype would have been int.

Above, we can see that we have all the unique values are our indexes, hence the output is True.

You can also access the element of a Series by adding negative indexing, for example to fetch the last element of the Series, you will call ‘-1’ as your index position and see what your output is:

iloc and loc Indexing in Series

Whereas, loc method is used for indexing only labels, so if you have indexes as strings or strings of even numbers as ‘12’, it’s always a good practice to use loc as an index method.

Let’s have a quick look at these examples separately:

DataFrame in Pandas: Data Analysis in Pandas
Scroll to top