Having trouble installing Pandas? And don’t know where to start? This tutorial will help you install pandas throughout different platforms like Windows, Linux (Mac OS & Ubuntu). 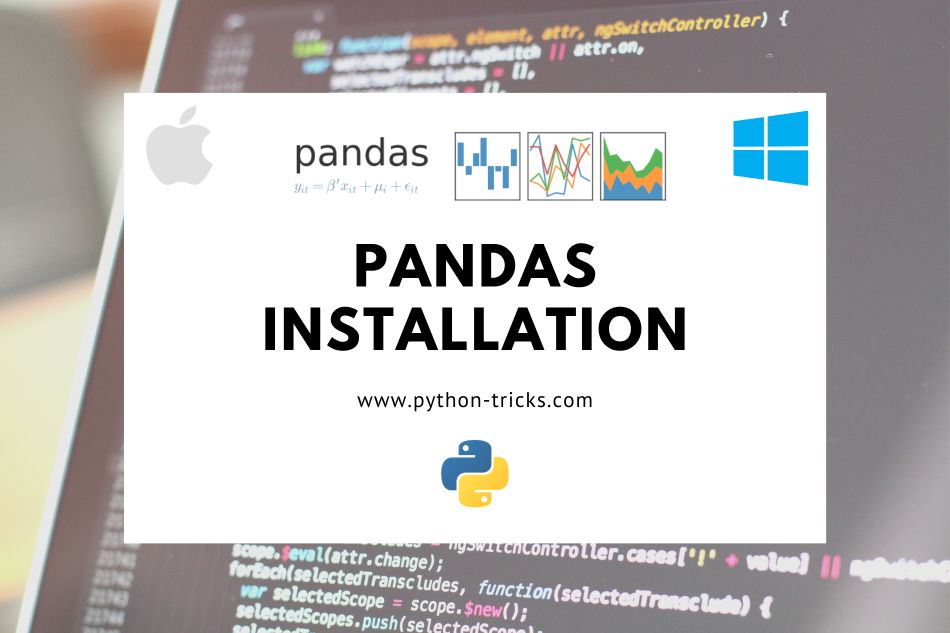 You can install pandas on windows by simply going to command prompt and type:

You can use pip3 install pandas too, if ‘pip’ isn’t recognized by the prompt.

Make sure you have python installed on your system and if that’s not the case click here to install python first. (This goes for both Windows and Linux systems)

Note: If pip isn’t installed on your system, then make sure to install pip first on command prompt. Follow the following steps to install pip on your machine.

Pip is successfully installed on your windows machine now.

You can install pandas on MacOSby simply going to terminal in the applications section:

You can use pip3 install pandas too, if ‘pip’ isn’t recognized by the prompt.
Pip is successfully installed on your windows machine now.

In order to install pandas on ubuntu, make sure you have pip installed on your machine. To install pip on ubuntu, please enter the following command on your terminal:

After installing pip on ubuntu, now you can install pandas using pip by entering the following command:

Pip is successfully installed on your ubuntu machine now.

Pandas Introduction What is Pandas

Series in Pandas: Data Analysis in Pandas
Scroll to top