For Loops in Java

In this tutorial we are going to learn about for loops in Java with the help of some handy examples that will tell us more about how loops work in programming.

What are For Loops in Java

Generally when we do programming, we need a certain kind of condition block to repeat itself until we get our desired solution, for that we need for loops. For example,

Let’s say we want to execute hello world on our computer screen for 10 times, we can do it by using print line statements multiple times without using loops. but what will you do when you want to print the hello world statement for a million times, for that you need for loops.

Let’s look at the syntax of for loops in Java:

Syntax of For Loop in Java

Let’s classify further how the for loop works.

How the For Loop Works 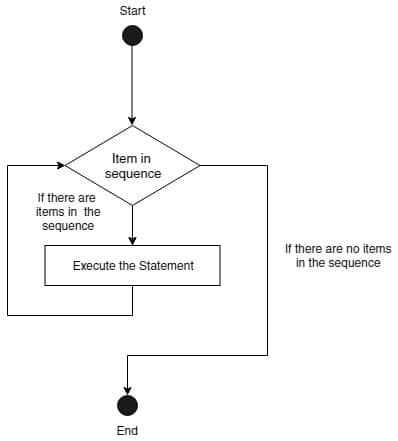 In the above example we can see that we have initialised x variable and set it equal to zero. Next, we have applied a condition of x should be less than 10 followed by the update expression x++.

Inside the code block we are executing the print statement with the hello world string. The for loop continues to run until x becomes 10. When x becomes 10 then the condition expression x < 10 becomes false and therefore the for loop ends.

Let’s look at another example that calculates the sum of of x variable ranging from 1 to 100.

As you can see above, that there is never gonna be a false expression, hence, infinite is printed over and over again.

For Each Loop in Java: Java Programming Tutorials
Scroll to top