In this tutorial, we learn about the phonegap introduction which is a cross-platform mobile application that uses simple technologies like HTML, CSS and Javascript to create apps.

This tutorial is designed for learners who want to learn about how to create a cross platform application by using phonegap. We will cover all the basic ideas about phone gap environment setup, its user interface, storage location and many more.

The latest technology which is used for Cross platform mobile app development is known as phonegap. It is an open source mobile application framework that helps developers to create applications with the help of using Web API. Phonegap was originally developed by Nitobe Software also known as Adobe.

PhoneGap Introduction: What is PhoneGap?

Because of the advancement in the world of technology, there is a new wave of revolution that is continuously changing the way we use mobiles and handheld devices. Although, these devices are efficient and can run applications based on a certain programming language that it is written on. Just like computer systems, mobile systems also contain different applications operating systems and hardware.

Most companies create their on operating systems and hardware to secure their copyrighted products and software, some of these companies are:

Each of these companies has its own TM and a different set of tools for developing those applications. The major issue of the applications that are developed on these different platforms is that they cannot work on any other operating system other than themselves. Hence, it’s a reasonable approach to introduce an application framework that can cover all the known mobile operating systems.

Interesting feature of phonegap is that it allows developers to create applications like Android, iOS, Windows and Blackberry without having any experience of these platforms. Let’s look at a set of reasons that make phonegap an important tool for creating cross-platform applications: 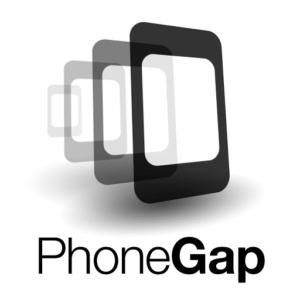 For Each Loop in Java: Java Programming Tutorials