How Popular is Python?

The Era of Python

Python is becoming the world’s most popular coding language. It is based on a model for solving ‘ANY’ problem. So its consumption is gonna be a lot in all industries. For the coming few years, Python might seem destined to become the lingua franca of coding, rendering all other competitors obsolete. It’s catching up rapidly and is gonna soon make all other languages disappear. 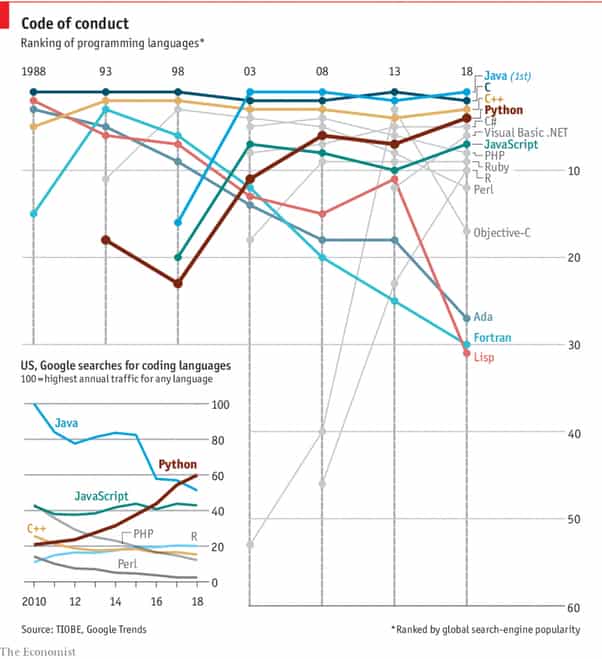 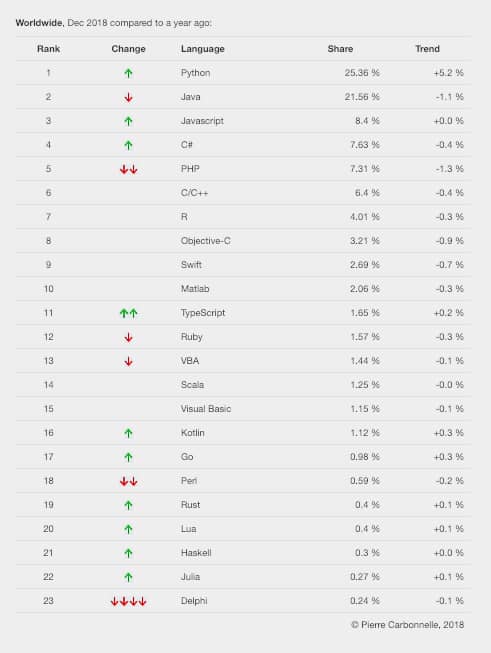 Also, you will see many people debating about the growth speed of PHP and Python. Well, in order to answer that here are the stats (source: PYPL)

That’s the collective wisdom for you to give you an idea that where the world is going and what it is following, data doesn’t lie and trends have a deep statistical analysis based on what is used or not.

Not only that, one of the reasons why kids, young adults and even old people love python is because it’s:

“I CERTAINLY didn’t set out to create a language that was intended for mass consumption,”
– Guido van Rossum (Creator of Python)

Americans have sought Python more often than Kim Kardashian, a reality TV star, on Google. Since 2010, the number of queries has trembled while those for other major programming languages have decreased or flared.

The two main advantages of the language are its simplicity and flexibility. The simple syntax and the use of indented spaces make learning, reading and sharing easy. Its cool Pythonistas have uploaded 145,000 custom apps to an online repository. With a growth rate of 27 percent, Python stands alone as a tag that is both large and fast growing. In the past five years, Python has shown surprising growth, particularly in high – income countries.

Python’s extensive open source data analysis tool library, web frameworks and test tools make its ecosystem one of the largest in any programming community. According to IBM, Python is one of the most popular and the best languages for Machine Learning.

Companies that are using Python:

That’s the power of Python!

What are the Cool Tricks in Python?